Mr. Aaron Edmundson is a native of Wilson, North Carolina. Upon graduating from James Baxter Hunt Jr High School in 2011, he continued his education at Fayetteville State University where he received his Bachelor of Arts degree in Musical Studies. During his first year of teaching, he served as the Director of Choral Activities at Spring Lake Middle School in Spring Lake, North Carolina. In 2017, he relocated back to his home town of Wilson, North Carolina where he currently serves as the Director of Choral Activities at Springfield Middle School. ​​​At the age of eight, Mr. Edmundson starting gaining a passion for music and fine arts. During his early years, he participated in choral and band activities at Lucama Elementary School, Springfield Middle School, and Hunt High School. While attending Fayetteville State University, he participated in the Fayetteville State University Concert Choir and "Men of Distinction" male vocal group where he sang Bass, served as a section leader and piano accompanist. He was selected to participate in the Intercollegiate Music Association (IMA), had the opportunity to work with world-renowned composers such as John Rutter and Stacey Gibbs, and traveled with the FSU Concert Choir in 2013 to Carnegie Hall to perform the Verdi's Requiem. Outside of education, Mr. Edmundson also participates heavily in music ministry. He has led several praise teams, directed many choirs, and even taught musical workshops. Currently, he serves as an Associate Minister and in the music ministry at First Baptist Church of Lucama. In addition, he supports several organizations in his home town such as the Advisory Council Board and Teen Court Association for Wilson County. In 2017, he became a member of the National Association for Music Educators (NAFME) and the Alpha Alpha Gamma Sigma Chapter of Phi Beta Sigma Fraternity Incorporated. 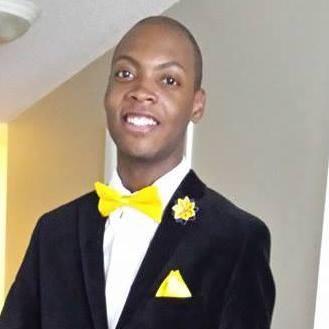